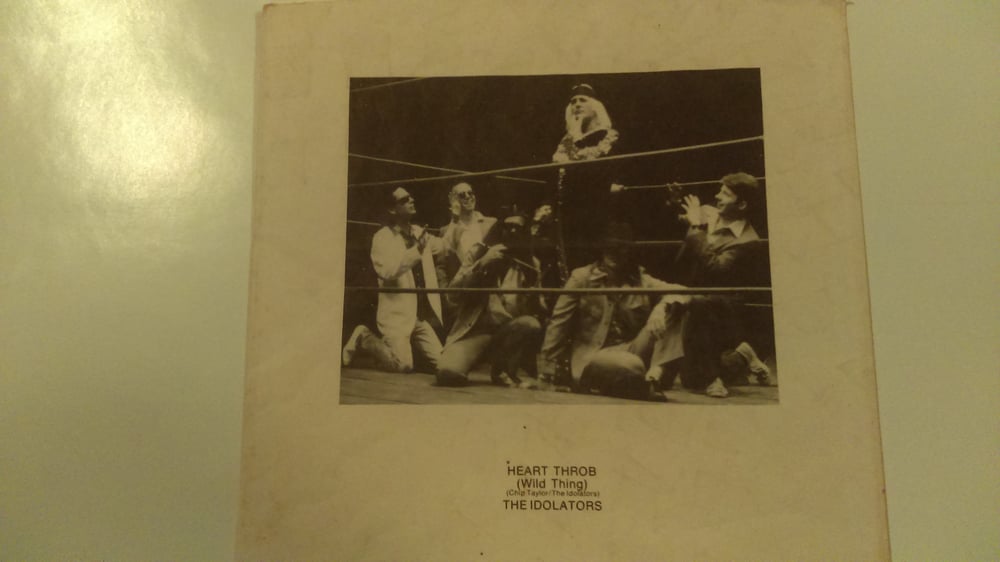 This is am extremely rare 45 rpm record never released to the public other than online sales. Both songs (Heart Throb & Austin Idol for President) were recorded by "The Idolators" as a tribute to the man himself, wrestling great..Austin Idol, the Universal Heart Throb. Austin actually makes an appearance on side A proclaiming what we all know to be true...that he is truly the women's pet and the men's regret. This single was the result of the public clamoring when the group appeared on WTBS, "Championship Wrestling" with Freddie Miller on an appearance by the Idol as well who was surprised by this tribute. The picture sleeve is not available but the records for sale have never been played and in perfectly new condition....get it and get it now before they are gone.